You may be familiar with this poem, at least by reputation:

I wandered lonely as a cloud
That floats on high o’er vales and hills
When all at once I saw a crowd,
A host, of golden daffodils;
Beside the lake, beneath the trees,
Fluttering and dancing in the breeze.

Continuous as the stars that shine
And twinkle on the milky way,
They stretched in never-ending line
Along the margin of a bay:
Ten thousand saw I at a glance,
Tossing their heads in sprightly dance.

The waves beside them danced; but they
Out-did the sparkling waves in glee:
A poet could not but be gay,
In such a jocund company:
I gazed—and gazed—but little thought
What wealth the show to me had brought:

For oft, when on my couch I lie
In vacant or in pensive mood,
They flash upon that inward eye
Which is the bliss of solitude;
And then my heart with pleasure fills,
And dances with the daffodils. 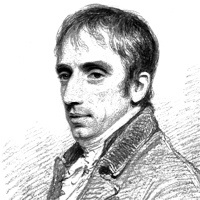 It is, of course, by William Wordsworth and encapsulates a number of key elements of Romanticism. There is the focus on the individual and their own particular experience; the affinity with the natural world and the lessons which it offers humanity; and crucially, there is the idea of personal growth and development from that experience which will last in memory. Here Wordsworth suggests in the concluding stanza that his heart ‘dances’ with ‘pleasure’ some time after the event, whenever he is in ‘vacant or pensive mood’. Elsewhere, he writes about ‘emotion recollected in tranquility’, which is for him the source of poetry.

It is not, though, Wordsworth’s only source. Now read this piece of prose writing:

When we were in the woods beyond Gowbarrow Park we saw a few daffodils close to the water-side. We fancied that the sea had floated the seeds ashore, and that the little colony had so sprung up. But as we went along there were more and yet more; and at last, under the boughs of the trees, we saw that there was a long belt of them along the shore, about the breadth of a country turnpike road. I never saw daffodils so beautiful. They grew among the mossy stones about and above them; some rested their heads upon these stones, as on a pillow, for weariness; and the rest tossed and reeled and danced, and seemed as if they verily laughed with the wind, that blew upon them over the lake; they looked so gay, ever glancing, ever changing. This wind blew directly over the lake to them. There was here and there a little knot, and a few stragglers higher up; but they were so few as not to disturb the simplicity, unity, and life of that one busy highway. We rested again and again. The bays were stormy, and we heard the waves at different distances, and in the middle of the water, like the sea. 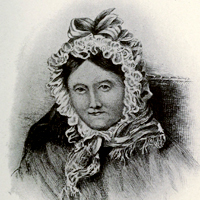 Spot any similarities? It is a comparison often made. The prose writing is dated 15 April 1802 and is an extract from Dorothy Wordsworth’s journal. Dorothy was William’s younger sister and they lived together for many years, even after William’s marriage. Her brother takes the plaudits as one of the great writers of high Romanticism, but this journal entry shows that Dorothy is worth consideration too. The echoes between the two pieces cannot be accidental and we know, that as a journal, Dorothy’s was written first, so it is likely that in some ways William used his sister’s ideas and writing to help form his own. It is also interesting that Dorothy’s prose is based on careful observation, is rhythmic and dances through its sentences even though it is not metrically arranged. You may even prefer it to Williams’ poem. It is certain that Dorothy had a major impact on her brother, but also on Samuel Taylor Coleridge, William Wordsworth’s close companion with whom he published The Lyrical Ballads, the Preface to which establishes their Romantic poetic manifesto.

The Preface to the Lyrical Ballads

Fuller version of the daffodils entry from Dorothy’s Journal

Review of The Ballad of Dorothy Wordsworth by Frances Wilson, and important study of Dorothy

Article on Dorothy Wordsworth from The Guardian

Back in February and April last year we looked at Amanda Gorman, the young American poet who recited an inspirational poem at Joe Biden’s inauguration. She has just published her first collection, entitle Call Us What We Carry. Read a review of it here.