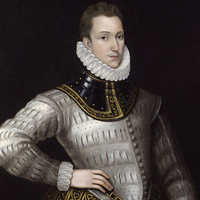 ‘Shall I compare thee to a summer’s day?’ ‘My mistress’ eyes are nothing like the sun.’ You might be familiar with the opening lines of some of Shakespeare’s sonnets. There are 154 of them, after all, and many are frequently anthologised. ‘Let not to the marriage of true minds/Admit impediments…’ That’s another one-and-a-bit lines that might ring a bell. Shakespeare was such a prolific sonneteer that the particular form largely used in Elizabethan England is often known as the Shakespearean sonnet as well as the Elizabethan sonnet. It differs from the Petrarchan sonnet by begin constructed of three quatrains and a couplet, rather that two quatrains and a sestet. The briefer, two-line coda invites a swifter twist at the end of the poem, resulting in a frequently epigrammatic tone at the climax of the Shakespearean sonnet.  My mistress’ eyes may be nothing like the sun, but ‘I think my love as rare/As any she belied with false compare.’

The subjects of the sonnets cover a wide range and there is much speculation about the ‘dark lady’ to whom many of them seem to be addressed. The study of Shakespeare’s plays is compulsory in all current A Level English Literature examination specifications and it is worth widening your understanding of Shakespeare by dipping into the sonnets. They also provide great enjoyment in their wit and manipulation of rhyme and metre. This essay from the British Library is a good place to start. You can explore the sonnets themselves, as well as compare them with those of other authors, here.

But why am I writing about Shakespeare’s sonnets now? Because the winner of the Forward Prize for Poetry has just been awarded to Luke Kennard for his volume Notes on the Sonnets, where he reworks all of Shakespeare’s 154 sonnets as what the publisher describes as ‘a series of anarchic prose poems set in the same joyless house party’. Here’s a sample from the Forward site:

I had a dream that there were ten of you and we lived in a duplex overlooking the river. It was the only nice part of town. I wanted to make ten of you happy, but it was difficult and mostly I felt like I was letting at least eight of you down. Even though the ten of you were exactly you and exactly the same, you cannot stroke ten people’s hair and tell them they are good, they are so good, and oh the divergent seconds where lived experience changed you. Even the inanities, I love what you’ve done to your hair. Is that a new top? Could you just shift over a little? I didn’t think I was up to the job. So this is a job for you? I don’t want to make any special claims here: nobody ever walked down to a river without at least considering taking a dive. We only owned nine mugs, for instance, and it only struck me years later, snow-fishing in a void I’d learned to wrap around myself, how easy it would have been for me to do something about that.

That is a response to Shakespeare’s Sonnet VI:

Then let not winter’s ragged hand deface,
In thee thy summer, ere thou be distilled:
Make sweet some vial; treasure thou some place
With beauty’s treasure ere it be self-killed.
That use is not forbidden usury,
Which happies those that pay the willing loan;
That’s for thy self to breed another thee,
Or ten times happier, be it ten for one;
Ten times thy self were happier than thou art,
If ten of thine ten times refigured thee:
Then what could death do if thou shouldst depart,
Leaving thee living in posterity?
Be not self-willed, for thou art much too fair
To be death’s conquest and make worms thine heir.

Is a prose poem a poem? How do you comment on the effectiveness of its poetic features? How is Kennard’s sonnet a recasting of Shakespeare’s?

Forward is the same organisation which publishes Poems of the Decade, and is committed to new writing, so it’s worth checking out who they recommend. Read about this year’s Forward Prizes here.

In other news, some great plays,  including Shakespeare, are on the menu for NT at Home, streaming powerful productions onto your televisions and computers. The current crop includes Romeo and Juliet, Caryl Churchill’s powerful Top Girls, the haunting Angels in America and the contemporary Young Vic production of A Streetcar Named Desire. Read about the offering here.