Free speech is a central tenet of democracies; everyone must be able to express their opinions, disagree and debate, even criticise those in power. The principle of free speech is enshrined in statements by a number of authoritative bodies:

Everyone has the right to freedom of opinion and expression; this right includes freedom to hold opinions without interference and to seek, receive and impart information and ideas through any media and regardless of frontiers.

Protecting free speech means protecting a free press, the democratic process, diversity of thought, and so much more. The ACLU has worked since 1920 to ensure that freedom of speech is protected for everyone.

Freedom of speech is a bellwether: how any society tolerates those with minority, disfavored, or even obnoxious views will often speak to its performance on human rights more generally. In international law, access to information and free expression are two sides of the same coin, and both have found tremendous accelerators in the Internet and other forms of digital communication. At the same time, efforts to control speech and information are also accelerating, by both governments and private actors in the form of censorship, restrictions on access, and violent acts directed against those whose views or queries are seen as somehow dangerous or wrong. From our earliest days, when we were called The Fund for Free Expression, we have fought all forms of repression of speech, in all media, around the globe.

Article 10 protects your right to hold your own opinions and to express them freely without government interference.

This includes the right to express your views aloud (for example through public protest and demonstrations) or through:

The law also protects your freedom to receive information from other people by, for example, being part of an audience or reading a magazine 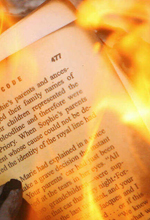 Yet with free speech comes responsibility; it does not include the right to insult, slander or abuse. Sometimes the line between robust disagreement and disparagement can be a fine one. Equally, people are often vilified for stating their views, even when those views are carefully and respectfully articulated – look at the cases of JK Rowling and Kathleen Stock as two examples. There has been much fierce backlash about ‘cancel culture’, yet some of those critics of ‘cancel culture’ and ‘wokery’ tried to shut down the National Trust’s examination of the colonial past of some of its properties.

You might have though literature was safe, but no. Apparent champions of liberty and free speech in the United States are working very hard with education authorities to ban books that they consider ‘harmful’. Interestingly, they are often books about social justice or whose characters or authors are people of colour. Read an article about the trend here.

It seems surprising now that any public theatrical work in Britain had to pass the inspection of the theatre censor until 1968. Theatres sometimes worked around the rules by turning themselves temporarily into private members’ clubs, but Edward Bond’s Saved was the last play to result in a successful prosecution of its producers in 1966. It is without doubt a challenging work and in one horrific scene a baby is stoned to death in its pram by a group of teenagers, but the play is now seen as an important classic of 1960s protest drama. 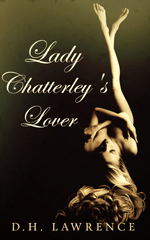 The loosening of attitudes to the printed word started a few years earlier, when Penguin Books was taken to court in 1960 and charged under the Obscene Publications Act with the publication of a book which showed ‘a tendency to deprave and corrupt those whose minds are open to such immoral influences’. That book was DH Lawrence’s Lady Chatterley’s Lover. The case rested on antiquated sexist and classist attitudes, to both subject matter and readership. The novel describes an affair between a Lady and her gamekeeper, while Penguin’s book was affordable even to the working class. Even women might read it. The case was lost and Penguin was victorious, altering the landscape of publication. Read about the case here.

So don’t take books for granted. Value free speech. Engage with what you disagree with respectfully.