This week, I was struck by this article in The Guardian, about the humble beginnings of a literary publisher. Back in June 2020 I drew attention to a piece on the lack of diversity in the publishing industry, and while that focused on ethnic diversity, it is true that the world of book publishing has been dominated not only by white people, but white men of the comfortable middle classes, often privately educated. So it was good to read of Mark Hodkinson and his wide range of reading in his youth, fostering his love of literature. My primary school was situated next to a library and I was in there every night after school browsing the shelves to find something to read that evening. Sadly, most of such local libraries in the UK were closed in the Cameron/Osborne austerity years, making readers suffer from the profligacy of others. I also had a house full of books, but many of my friends did not and they relied on the library. 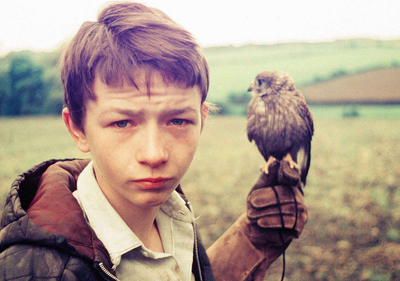 Reading about Hodkinson and of his reading, like Barry Hines’ A Kestrel for a Knave (often known to many by Ken Loach’s film, Kes), reminded me of the range of socially aware novels and plays which came to the fore in the 1950s and 1960s. As the article says, these became known as ‘kitchen sink’ literature because they dealt with the ordinary realities of working class life which had up until then not been deemed worthy of any attention. There were authors like Alan Sillitoe, Stan Barstow, John Braine, Nell Dunn, Shelagh Delaney and John Osborne.

While Ian Jack rather snootily says that ‘Northern England was not on its way to producing Nabokovs and Roths. These writers approach their subjects without any originality of form or language’, he does add that ‘To them, as to the reader, what mattered was the thing described rather than the means of description. But that, it seems to me, is sometimes a good reason to honour a novel – the writer has taken us to parts of society previously unreached by literature. The fact that the films [of the texts] were called “kitchen-sink dramas” suggests just how disconnected most British art was from most British life. The sight of an ironing board – with a woman actually doing the ironing! – had been a shock in Osborne’s Look Back in Anger only a few years before.’

Look Back in Anger really gave us the term ‘angry young man’ and its uncompromising portrayal of just that – a working class young man at odds with the world, challenging its prevailing norms and attacking the world of his middle class girlfriend. He is violent, vituperative, contemptuous, but at the same time full of dynamic energy. You can listen to the play here.

As well as Kes, Ken Loach directed a film of Nell Dunn’s 1967 novel Poor Cow, which explores the pretty miserable life of a woman trapped by circumstance. She is from an impoverished family and therefore has few opportunities and lives in a cycle of dead-end jobs and abuse, redeemed by her love he her son, Johnny. Dunn was herself a middle class woman, but Jane McChrystal argues that ‘It would be easy to dismiss Dunn as a poverty tourist harvesting material from her neighbours, but it’s clear from interviews that she found something in the people of Battersea lacking in those who shared her aristocratic background, the ability to talk directly about thoughts and feelings. She found a sense of liberation in relationships with her neighbours and the workers at the chocolate factory.’

Read more about the socially-aware literature of the 1950s here.

With a similar concern, poverty campaigner Jack Monroe has received the blessing of Terry Pratchett’s family to name her fairer calculation of the cost of living after one of his characters, Sam Vimes. This illustrates again the close relationship between literature, context and protest.