I hope that many of you will have seen a production by the Royal Shakespeare Company, whether that is live in Stratford, recorded or streamed. While not every production staged by the company is marvellous – I remember a particularly over-designed, showy Merchant of Venice – they have given audiences some truly remarkable performances – and here it would, for me, be Michael Gambon’s Lear with Anthony Sher’s Fool in Adrian Noble’s King Lear. While the company is committed to other Elizabethan, Jacobean and later playwrights, and also stages new writing, it is naturally for Shakespeare production that it is best known; the company has worked closely with those texts time and time again. One of the company’s pandemic projects, designed to reach audiences in new ways while the theatres remain closed, has been to open up the sacrosanct space of the rehearsal room, streaming rehearsals to allow viewers to watch the intricate work and preparation that goes into a production and the care taken over Shakespeare’s words and rhythms. Read about the project here.

Do use the RSC website. It has loads of information about Shakespeare, the plays and past productions. One of the neglected 17th century plays I once saw staged by the RSC was Aphra Behn’s The Rover, with Jeremy Irons in the title role. Behn is another of those figures who was a highly regarded and prolific writer who fell out of the public eye, quite possibly because she was a woman at a time when literature was dominated by men. Yet she wrote plays, novels and poetry and thanks to academics and the work of companies like the RSC, she has come back into focus. There is currently a campaign to have her memorialised in Canterbury, her home town. 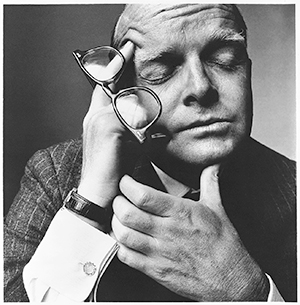 Those studying Tennessee Williams’ A Streetcar Named Desire may be interested in Truman Capote, controversial writer and socialite. A new documentary film has been released about his friendship with Williams, which developed, blossomed and soured. They seem an unlikely pairing, but both were writing experimentally in their respective fields at a similar time. There’s an article about the film here.

Capote is most famous for his true-life crime novel In Cold Blood, which made him a literary star. He spent a long period of painstaking research into a murder and the book was the result, though the authenticity of some of the characterisation and views expressed has since been cast into doubt. It was the first work of its type and established a genre. As Jack Olsen said, ‘That book did two things. It made true crime an interesting, successful, commercial genre.’ And of course that genre now exists not just in books, but in cinemas and on TV too. Capote was also a writer of short stories and you can read one of his most famous, Miriam, here.