This week it’s students’ turn to make some recommendations. I’ve chosen three who have been reading amongst the classics, with two novels from the 19th century and one from the early 20th, as well as a range of poets. The students offer some interesting insights and next time we’ll have some recommendations from the later 20th and early 21st centuries. 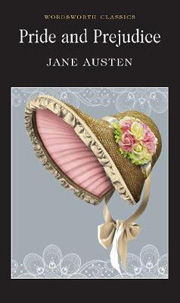 Pride and Prejudice is arguably one of the best novels Jane Austen wrote. In it, Austen expertly depicts the convictions of her class-bound society and targets those exceptionable qualities with widespread concerns in her writing. The characters stand out remarkably as real, round, and dynamic. Furthermore, the interactions and relations between characters in the novel further add to their development and advancement in the course of the plot. The relationships in Pride and Prejudice quickly become vital; Darcy’s relationship with Elizabeth lies at the core of the plot. Most importantly, their relationship exemplifies sincere love being hampered by obstacles and predicaments between both lovers in addition to remote forces and factors. In spite of all predicaments, their relationship survives. The idea of marriage being less about one’s heart and more about one’s wealth is repeated throughout the story. The narrator again uses her mocking wit in her description of Mrs Bennet as a woman whose life’s business ‘was to get her daughters married’.

Another way that Austen exposes the professional nature of marriage is through her characterisation. Again, Mrs Bennet’s whole life is about marrying off her daughters, and the readers are prompted to disparage her for it. Furthermore, everything about Mr Collins, from his letter writing, to his disastrous dancing to his incessant discussion of Lady Catherine, is laughable. His and Lady Catherine’s views on marriage indicate what Austen considers most ridiculous. He uses matrimony to get ahead in his career and Austen has no sympathy for this attitude. However, it is unclear whether Austen criticises them individually for having these views on marriage, or comments on the condition of a society in which this is the reality of the matrimonial state through the satirical humour and characterisation. However, Austen influences the reader’s perceptions of matrimony by narrative voice, as irony and word choice. The narrative voice in this novel is typically ironic rather than serious. This tone betrays the cynical view that the narrator has of marriage. For example, before Mr Collins and Charlotte marry, they are described as having “a week spent in professions of love and schemes of felicity”. However, readers can easily discern that there is no real affection on either side of such a hasty match. Through her satirical tone, Austen displays her scepticism about the institution of matrimony. The narrative voice communicates humorous criticisms which in turn offer serious reflections on marriage.

Various poets and Oscar Wilde’s A Picture of Dorian Gray 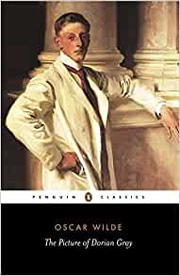 I have been reading poetry, focusing on selected poems by Christina Rossetti, Sylvia Plath, William Butler Yeats and Robert Browning. My favourite out of these poets is Christina Rossetti, whose quaint portrayal of life, and all that’s beautiful in it, really touched me. Her bright attitude to grief which in a poem such as ‘Remember’ made a change from my previous favourite poem about bereavement – ‘Funeral Blues’ by W.H. Auden. A close second was Robert Browning, whose poem ‘Porphyria’s Lover’ appeals to my darker side and is frankly brilliant. I enjoyed reading the many different interpretations of the poem and comparing them with my own thoughts. The best novel I read recently was A Picture of Dorian Gray by Oscar Wilde. This is an astounding book with a wonderfully hedonistic view of life, filled with memorable lines by a memorable character, Lord Harry Wotton. Many of these have become key Wilde quotations. Oscar Wilde’s genius is prevalent throughout the book, but is made especially obvious through his use of humour – a cynical narcissistic view of humanity prevails through lines like ‘he was a man who had no enemies, but was thoroughly disliked by his friends.’ Wilde allows Lord Harry to take the view that the worst sin in life is not murder, but being boring. Wilde also appeals to a reader’s alter ego through glorifying danger, whether that be the trek to opium dens through misty Victorian London or clever phrases like ‘A burnt child loves the fire’. When read with jest, the novel provides a thoroughly entertaining account of the double life of a Victorian gentleman whilst feeding into any possible dark fantasies a reader may have.

Margaret Mitchell’s Gone with The Wind 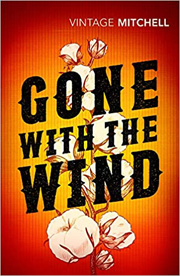 Gone with The Wind is a beautifully written book about the fall of the antebellum southern states of America because of the Civil War. Not only does it show the decline of the wealth and plantations of the south but also the degradation of morals and principles in society and the protagonist Scarlett O’Hara. Her love of the land and a life of luxury, sustained by the plantation and slave labour, pushes her not only to commit societal taboos but also outright immoral deeds. However, apart from Scarlett, no one from the well-respected Old South families compromises their morals. It is a demonstration of an iron will to keep one’s morals even through the harshest of times. Most notably, Melanie Wilkes remains loyal to all that she loved from people to principle. Another important idea of the book is love. Mitchell presents love as a double-edged sword; Scarlett is willing to betray her loyalty to Melanie and her own family by wanting to run away with Ashley, her lover. This shows the adverse effect love can have by pushing them to compromise their morality. Love also drives Rhett Butler to extremes to try and win over Scarlett, a pursuit which ends tragically for both parties. At the end of the novel, those who maintain the morals of the Old South began to experience their old life again, albeit one of far less luxury, while those who compromised morality suffered and lost what is most dear, love. Mitchell suggests that the essence of a society is not the luxury one lives in or the property one owns, rather the morals and principles they live by. In this way, the Old South families were able to recover from the civil war with a vestige of their old pride.

However brilliant the book is, with knowledge of the atrocities of slavery, the reader feels uncomfortable about the Old South. Although characters like Melanie are seen to be compassionate towards the slaves, it is the case that many plantation owners were quite the opposite. It is an excellent book with deep characters and a deep plot, but to overlook the immoralities of slavery is a significant flaw.